I do. Take the Tsunami in Thailand a few years ago for instance. On the news, television and newspapers, there were hardly any reports of animals being killed? But there were reports of animals behaving in strange ways. For instance an elephant that was used by tourists to have rides broke loose from his keepers and made for higher ground. Ok he knew that something was going on but why head for higher ground? Was this his instinct? Or was it because he was he was psychic and knew he had to get to higher ground. There were many instances similar to this reported at the time.

Some years ago I was a community midwife. Many a patient near her due date would ask me when my baby will be born. I had noticed over the years that any patient who had a cat or a dog would often find about twenty four hours before labour started, sometimes even two or three days before their pet would not leave them, they would not want to go out and seemed to want to be near them all the time. I have known some dogs would not even want to go out for their routine walkies. This I am sure was because, the animal new that the delivery was imminent and wanted to be close to their owner. It did not happen every time but it happened too many times to be coincidental. So you could say that our pets are very psychic and communicate with us, some more than others. 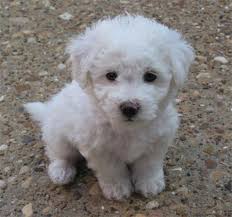 Have you any stories about psychic pets? If so we would love to hear from you and upload your images to our web site to share with our customers. To win a free psychic reading, simply Email Us your story and a photo of your psychic pet.

Do you like this page?
Categories
Archives
Elizabeth Rose